I recently got the Samsung Galaxy Nexus mobile phone, and I am so impressed with it. It was an upgrade from the HTC Evo 3D that I only used for a couple of months. The difference between the two are staggering. Everything on the Nexus is fluid and smooth, and the new upgrades Google did to the UI are working fantastic.

My unit was running Honeycomb 3.2, but a quick look-through at XDA Developers got the unit downgraded from 3.2 to 3.01 (see http://forum.xda-developers.com/showthread.php?t=1276227). I used method 2 mentioned there, and that was easy. After running Iconiaroot 1.3 and upgrading recovery 1.3 to recovery 1.6 from within the recovery I was ready to rock.

Currently development of an ICS port for the A500 is dead in the water at the XDA Developers forums, but a user called thor2002ro has a WIP ROM over at Tegraowners (http://forum.tegraowners.com/).

You need to register to get the links for the download, the thread is here: http://forum.tegraowners.com/viewtopic.php?f=9&t=106

The good news? Everything essential is WORKING. The camera is not working, and if you have the A501 the 3G modem is also not working. But for me the upgrade is really worth it. Thanks a lot for your effort thor2002ro!

Later it has dawned on me that the A500 developers are a fighting bunch, and lots of time is wasted on this on XDA Developers with locked threads and all. I hope this will change, as everyone loses and nobody wins in this situation.

The following was my solution to fixing a bad NAND flash, after an upgrade failed halfway through. YMMV but you could at least give it a try.

You’ll get access to the bootloader, and be able to upload a new image via TFTP …

END_OF_DOCUMENT_TOKEN_TO_BE_REPLACED

The following are my findings after spending half a day with THREE failed units out of the six I applied the upgrade from 1.0.22 to 2.0.4.0.

This should be a last ditch effort to get your WAP200 working again, after trying the 30/30/30 settings recovery method and whatever else you can find on the net. YMMV.

You can recover this failure, but it will take some expertise and knowledge.

The following is needed:

This was the hardware modification phase, the rest is software: At the prompt issue the following commands

If the above worked as expected you can either power cycle the unit, or issue the command:

When the WAP200 boots, you should end at a busybox shell. Your settings should be preserved from before the bad flash, but you can reset to factory settings by issuing:

You can finish by reassembling the WAP200 and patting yourself on the back.
Good luck. 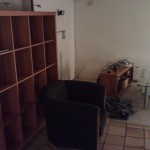 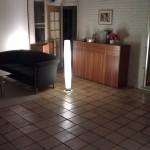 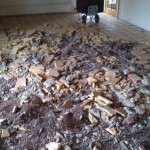 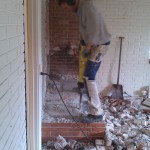 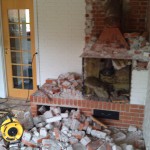 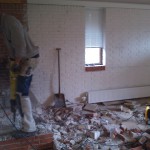 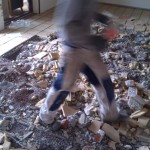 Having just spent a fortune on a Sony VAIO Z13 with all the bells and whistles, I’m horribly bothered by the Synaptics drivers not giving me the option to use two finger scrolling.

The system shipped with version 14.0.16.0 from Sony, this driver has a lot of multitouch functionality. Just not two finger scrolling, which I came to like after fiddling with a Macbook Air at a customers request.

My luck had it that Synaptics has just released their Scrybe software, which enables you to draw gestures on the pad after a three-finger click on the pad. The installation of this software automatically upgrades the drivers to verssion 15.1.22 which seem to be very new as of this writing.

But … still no two finger scrolling.

Unless …. you tinker a bit.

First, download the Scrybe application from http://www.uscrybe.com/. This will automatically doenload the latest drivers for your system – I got the version mentioned above.

If you do not get better drivers, you can try the Sony drivers I got directly. Download them from:

Install both items. Fire up RegEdit, and navigate to HKEY_LOCAL_MACHINE\SOFTWARE\Synaptics\SynTPCpl\Controls

Now search for “Visibility” within that subkey, and delete all found entries.

Now you have two finger scrolling, and everything else they hid away for some strange reason.

As always, take care when messing about with the registry!